At CES 2017, the Disney and Panasonic announced a strategic alliance in which Panasonic will provide the Disney parks with their latest projectors and other tech to improve the customer experience.

To showcase the past year of this new alliance, Panasonic has been granted access to some specific key Disney Parks elements.

Panasonic’s projector technology and other hardware is already in use in several attractions at US Disney theme parks, including the Haunted Mansion at Magic Kingdom Park and the Finding Nemo Submarine Voyage at Disneyland Park. In addition, Panasonic projector technology is used as a key show element in Disney’s Animal Kingdom’s Navi River Journey in Pandora; The World of Avatar.

Panasonic projectors and other breakthrough technology are also being used to help transform a two-dimensional cartoon into an amazing real-world experience for the upcoming Mickey & Minnie’s Runaway Railway attraction at Disney’s Hollywood Studios at Walt Disney World Resort in Orlando, Florida. The attraction opens to the public in Fall 2019.

I was hired to direct a small two day shoot that captures b-roll elements for several of these attractions at Walt Disney World as well as a short interview with Panasonic’s Ron Martin, Senior Vice-President, Research and Development and Walt Disney Imagineering’s Tom LaDuke. The final product was screened at InfoCom 2019.

*Due to the nature of my contract with The Walt Disney Company, I am unable to share videos/clips of this project. However, if you would like more information or a detailed project breakdown, please contact me. 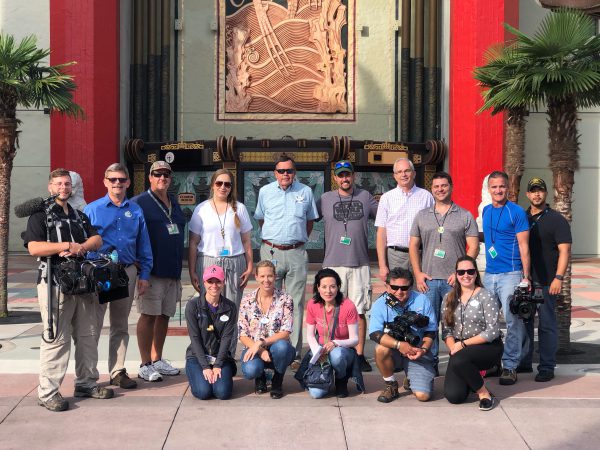